The Conference Board is one of the most prestigious and important (for corporate managements) of our membership business associations, as well as credible research think tank on management issues and topics. The Board has long had corporate governance in focus and has been a major factor in helping to advance effective, responsive, accountable governance in the USA.

The Conference Board was one of the early organizations serving boards, C-suite and key functional managers to expand the governance research and advisory services to include social and environmental issues & topics: ESG is on the of the agenda for many aspects of Board operations.

Members of boards and CEOs and C-suite-ers receive Director Notes on key topics and issues with practical advice needed to improve performance and better serve society.

Today’s issue of Director Notes is worthy of close reading — and re-reading — by sustainability professionals: “Navigating the Sustainability Transformation.” The introduction is bold:

“CEOs and Directors making key business decisions regarding the company’s strategy for the year ahead and beyond would be well-advised to change the current boardroom conversation. Driven by factors tied to sustainability, over the next 15 years, every company in every industry sector will need to transform itself to survive and succeed. Board members, CEOs and he executives advising them need to ask: “How should we plan for this major transformation?” (emphasis mine)

The report describes a four-stage model for companies to progress from engaging initially with sustainability to accelerating, leading, and ultimately transforming their business.”

Addressing the practical aspects of corporate sustainability (board style), the report focuses attention on a host of corporations that are embracing sustainable strategies, actions, programs, engagements.  These include “new brands” such as Airbnb, Google, Tesla, and Uber — all of which have disrupted old business models and achieved leadership – fast! — in their categories (Airbnb vs. the hotel business, Tesla vs. old line auto manufacturers, etc.).

Established companies — some dating back a century or more — are featured in the report, with explanations of how they have achieved success (and frankly, heartily survived) in a business environment (and investment mindset) where disruption is prized over proven models.  These old-line companies have succeeded by being transformation, often disrupting their own cash cows!

Waste Management’s transformation from a traditional waste hauler to strategy and service provider to corporate customers is one highlight of the report.

Sustainability professionals will want to read The Conference Board report’ views on the 4 stages of progression for companies. I think this could become a top-of-agenda discussion in board rooms and C-suites in the weeks ahead.

The stages are (1) engagement with sustainability; (2) accelerating progress; (3) leading (sector, industry, peers, etc); (4) transforming.  There are many companies at stages 1 and 2, a few moving on to 3, and very few to point to as stage 4 (yet).  Many companies exhibit characteristics of stages 1 and 2 — these are examples in the report.

Moving into the transformation stage is challenging, of course. Given the dramatic upheaval in so many businesses, in such a short period of time, will make looking ahead 10 or 15 years to the critical period to 2030 and beyond…daunting, for sure.

But there are practical, realistic things going on in our world that make such exercise ( closely examining where your company is in the 4 stages of sustainability) necessary.  Natural resources (“natural capital to many) grows more scarce in many parts of the world.  It looks like there will be stranded assets on many corporate balance sheets (and in investment portfolios) as we shift away from fossil fuels. (We won’t always have plentiful, easy-to-access USD$48 crude oil available!)

The Conference Board report found a few examples of what could pass for stage 4 companies: “Few companies today are solidly at 4, but a growing number of leaders have one or more stage 4 attributes.  Airbnb, Google and Uber are ‘sharing economy’ companies; DuPont, Novelis, Unilever, and Waste Management are examples of long-established enterprises…”:

The 4-Stage Model is explained in the report.  We can see this having a powerful impact, similar to Professor Michael Porter’s work with Mark Kramer: “Creating Shared Value” (Harvard Business Review, January 2011).

the Conference Board makes the report(s) available for your reading — information is at:  https://www.conference-board.org/publications/publicationdetail.cfm?publicationid=2885

The Director Notes are a series of publications the Board engages experts from various disciplines to contribute to, including experts in leadership, corporate governance, risk oversight, and sustainability.

The current issue was authored by Gilbert (Gib) Hedstrom, principal of Hedstrom Associates.  Content includes excerpts from his coming book, “The Sustainability Scorecard TM Handbook/”  Hedstrom is director of the Conference Board’s Sustainability Council.  He invited me to be guest presenter on corporate sustainability reporting and related topics at a recent Council meeting in Washington, D.C.

Matteo Tonello is managing director for corporate governance at The Conference Board; he is editor of the Director Notes series.

Melissa Aguilar is a researcher in the corporate leadership department of the board and is executive editor of the series.

Conference Board information is at: http://www.conference-board.org/ 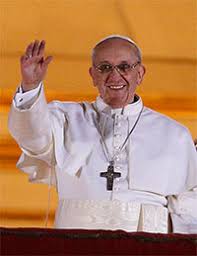